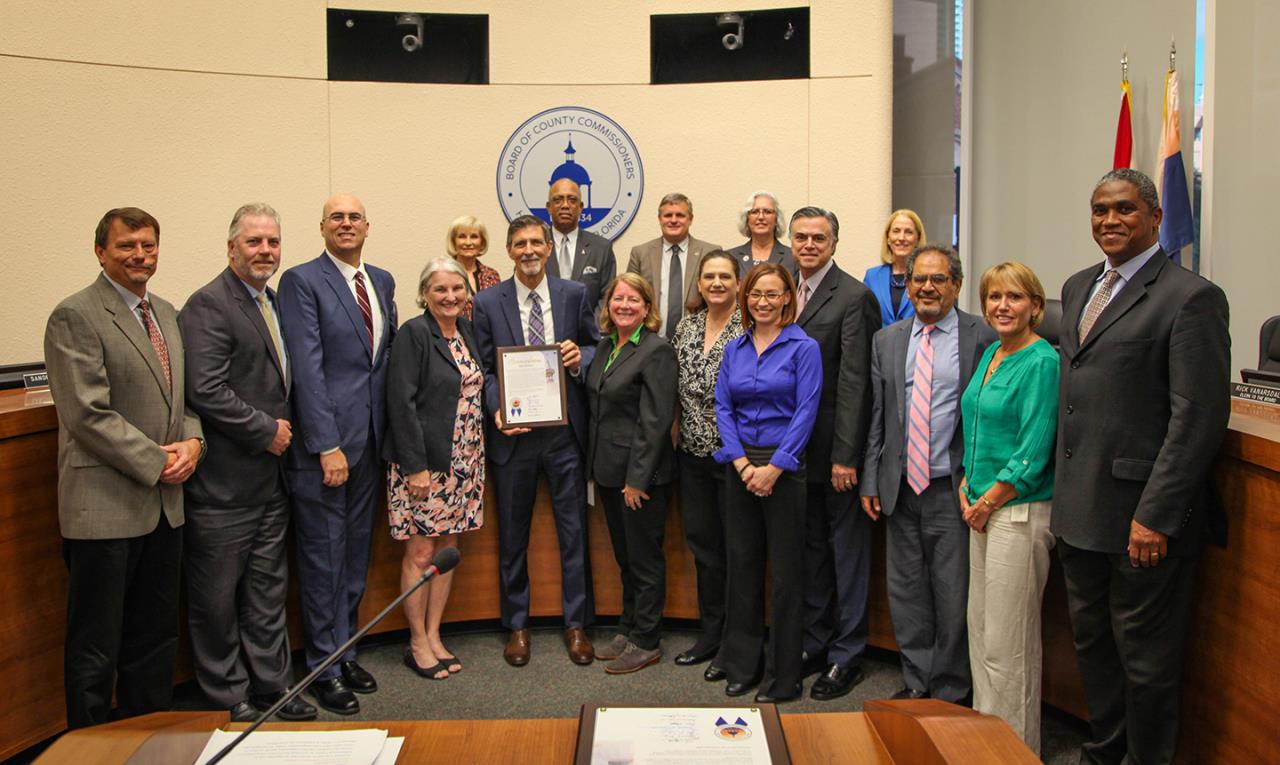 Richard (Rick) Tschantz was presented a Commendation Award at the Board of County Commissioners (BOCC)  Quarterly Awards Ceremony.  Mr. Tschantz was recognized on the occasion of his retirement after 19 years of exemplary service as General Counsel of the EPC.

He began his career with EPC in September of 2001, when he accepted the position of General Counsel for the Agency under the then Executive Director, Richard Garrity, Ph.D.  In 2009, his position was expanded and Mr. Tschantz became the Division Director of Legal and Administrative Services, overseeing the Agency’s Legal Finance, Budget and Technology (MIS) Departments. During his tenure at the EPC, Mr. Tschantz provided legal counsel for Agency staff and the Commission, was instrumental in representing the Agency’s and Florida Local Environmental Resource Agencies' (FLERA) interests in legislative matters, and was active in complex litigation.

Mr. Tschantz was commended by Commissioners for the significant impacts he made throughout his more than 36-year legal career.  As an expert in natural resource protection laws, he provided key testimony before state lawmakers to preserve the EPC’s local wetlands regulations. His negotiating skills as lead counsel resulted in a $1.20 million sound barrier to shield residents from noise generated by a local amphitheater. He was instrumental in the Agency receiving the Governor’s Sterling Award for performance management. Further, Mr. Tschantz shared his expertise as an instructor at the Florida Chamber of Commerce Environmental Permitting School. He is a true leader, as evidenced by FLERA honoring him with its 2019 Environmental Leadership Award.

The Commissioners thanked him for his dedication and his efforts to help make the Agency better.  EPC also thanks Mr. Tschantz for his service and dedication, which have benefited our Agency and the citizens of Hillsborough County. We congratulate him on his lifelong achievements and wish him well on his retirement.